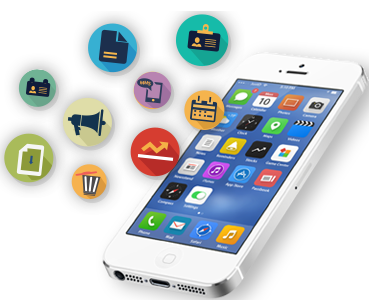 The first question that strikes in your mind is that what you should choose i.e. iPhone/iOS or Android platform. In addition, you will find a common debate goes on among software development communities on iOS and Android. Thus, in order to throw a light, we will discuss some key facts and highlight statistics in detail.

Statistical Highlights on Apple/iPhone and Android

While talking about Android we should say that it is a vast platform and Android has more than billions of activated phones and other gadgets with 1.5millions of devices activated on a daily basis. On the other side, in case of Apple/iPhone, we have found that a large number of app development companies have given priority to Apple/iPhone users while launching any apps. Especially, Instagram is a popular social media application first appeared on Apple iOS store first and almost 18months later on Android. In addition, Nike and other popular brands are until now does not have any Smartphone app operating on Android platform.

In simple words, statistics related to apps development have revealed that a large number of app development groups have designed applications catering to iPhone users before they cater to users of Samsung or any other Android operated phones. Along with this, to guide you in right selection, we, the experts of iPhone App Development Company have discussed a few strong factors, which will justify iPhone as a better platform for any startup of the app development sector.

Iphone devices are of unique and complement one another. This is because; iOS, the operating system of Apple acts as a close source and any other user may not alter it. In addition, Apple has its complete control on the core software and because of this, app developers using iOS platform gets opportunity to bring improvement in the existing functionalities, boosts the storage space and improves the speed of processor. Because of this, app development startup groups, including iPhone App Development Company Toronto may build apps efficiently and may focus on developing top quality apps without bothering about compatibility with any other device.

Apple operated devices including iPhones have complete control of software and hardware systems from Apple. Whenever the company launches any new device, it synchronizes it with the launch of its other iOS versions. In this way, you will find relatively less fragmentation issues in case of iPhone app development than Android app has. On the other side, as Android is an open platform, it provides limited control on the hardware and operating system versions of its devices. Fragmentation problems result in increase in the overall cost involved in developing any new app and thereby, reduction in the revenue margin. Hence, with the aim to avoid or reduce fragmentation issues, startups should go with iphone app development.

Apple Group has witnessed huge demands of iphones and other iOS operated devices in most of the developed countries and affluent areas worldwide. On the other side, if we talk about users of Samsung or other Android operated devices; we have found that they have relatively less buying power even though number count is high.

Considering this fact, we the experts of iPhone App Development Company Canada always prefer and recommend novices of the industry to choose iPhone for developing innovative apps (utility or gaming apps) to earn higher revenue from your spend money and efforts. Another interesting fact we have noticed from the app market is that a large number of iphone users often willingly spend on utility and other innovative apps to fulfill their varying requirements. Indeed, the factor lets startup app developers to get relatively large numbers of active users in case of choosing iphone devices.

Whether an individual new app developer or a startup company opts to develop gaming apps, business apps, utility apps, music apps, shopping apps or any other, the ultimate aim is to earn money from the lucrative application development industry. In simple words, earning money is the most significant factor for every app development group or individual developer. In this case, if we compare iPhones and Android phones, our iPhone App Development Company Canada team found that iPhone devices powered by Apple come with relatively higher monetization strategy than android devices.

Reason behind this is very simple i.e. Android gives an open platform and hence, its majority of applications are with free download and with advertisements to earn revenue. In contrast, Apple provides a closed platform and higher support to large number of paid apps. Majority of applications available in iOS store are payable apps, while free ones come with the features of in-app purchase directed towards giving higher revenue. Indeed, high streams of revenue available from Apple platform acts as an encouraging factor for startups of the industry.

Read Also : Android OS Vs. Apple iOS – Which one Is Better?

An interesting fact about Apple designs, which our professionals at iPhone App Development Company Toronto have noticed that learning the operation of Apple devices is relatively easy because of its simple and intuitive design. Indeed, when an individual app developer requires less time in understanding the operation of iphone or any other device, he/she dedicates more time in software programming and other related jobs to design and launch the new app in the market.

Whenever Apple releases any new software/updated software, an iphone user may get it easily via a simple and easy download.

Apple Group has maintained a consistency in the design and operating principle for iphone devices and other iOS operated systems. In contrast, Android phones have so many differences, because of which you may not found any real togetherness among devices operating on Android platform; instead, each of them comes with different quality.

iOS operated devices give exclusive experience to its users based on its consistently increasing technological innovations. In fact, the outstanding user experience has not only enticed users, but also a large number of app developers prefer for unique ecosystem. The company has placed user experience at the high priority, whether it is operating system, hardware design, marketplace services or anything else.

Today, a large number of apps, especially payment and eCommerce apps contain sensitive user details, because of which they require protection from hacking and related harmful activities. iPhones powered by Apple iOS comes with strict approval process, because of which it prevents access of any malicious app to the app store and thereby, avoids tampering of users’ sensitive information. According to the analysis done by our professionals at iPhone App Development Company Canada, Apple has increased its depth/extent of encryption than Android phones.

Besides security to stored sensitive information of users, Apple has an organized ecosystem, as it is a proprietary type of platform. Iphones thus provide secured marketplace with every possible quality control methods, rules and regulations. The mentioned strict practices provide a stable and a conducive environment for a large number of app developers. Even app developers get a proper guideline, which they have to follow for programming, designing and marketing activities.

After you get an iPhone and turn it on, you get only limited number of apps. Thus, depending on your requirements only, you may opt to install any other app from iOS store. However, the situation is somewhat different in case of an Android phone. This is because; Android phones give a large number of irrelevant apps cluttering the home screen. Hence, it becomes the job of a user to delete the unused ones.

Even though Android is an open sourced platform, it remains locked down because of OEMs and its carriers. Because of this, iOS always leads ahead of Android based on the latest/updated software version and adoption rate. If we talk about the recent update of November 2017, we have found about 95 percent of iPhone users as using updated iOS 11 or iOS 10 versions. On the other side, only 20% of total Android users are using Android Nougat or Android Oreo.

Based on this fact, a startup app development group using iOS may easily focus on providing support to latest versions of the operating system and get higher assurance that their developed app will get a wide reach. In this way, as an app developer, you have to focus building apps on new APIs without bothering about its support on old device. In this way, choosing iOS for app development reduces development cycles and testing times and/or phases.

Experts associated with our iPhone App Development Company have found that iphone applications have relatively higher productivity and effectiveness based on the specific nature of its app development. Because of this, creating an iphone app indicates its efficient operations on iPads and iPhones both. However, the case is different in case of Android apps. This is because; you will find more than 10,000 gadgets and phone devices operable on Android today and almost each of them comes with extensive hardware variant and software details. Because of this, app developers have to bear a huge maintenance cost in case they go with android apps development.

Lastly, Apple or iPhone users have gained their names for loyalty towards the brand, as they unlikely switch to any other platform. Loyalty level is a prime factor for app startups, as it helps in success and in generating revenue.

Novice app developers and startup groups have to experience intense competition to achieve success in the market. Because of this, it has become essential for startups to select the platform effectively since the beginning stages. Even though, both iPhone and Android come with positive and negative features, we should say that iPhone powered by iOS is the preferable platform, as it offers productive services to users.

Apple iOS encourages app developers by providing scope to earn big amount of money. Studies have revealed that Apple developers have obtained approximately 85% higher income as compared to Android developers. Along with this, on comparing the apps quality, we have found that iPhone apps have better quality apps as compared to those of Android even though, apps on Android are available in large numbers. Indeed, app startups get encouragement to launch their apps on iPhone and iPad devices first based on the top quality benchmark. Therefore, by considering each of the facts, we should say that iPhone app development is the perfect option for all startup app development companies and novice app developers.