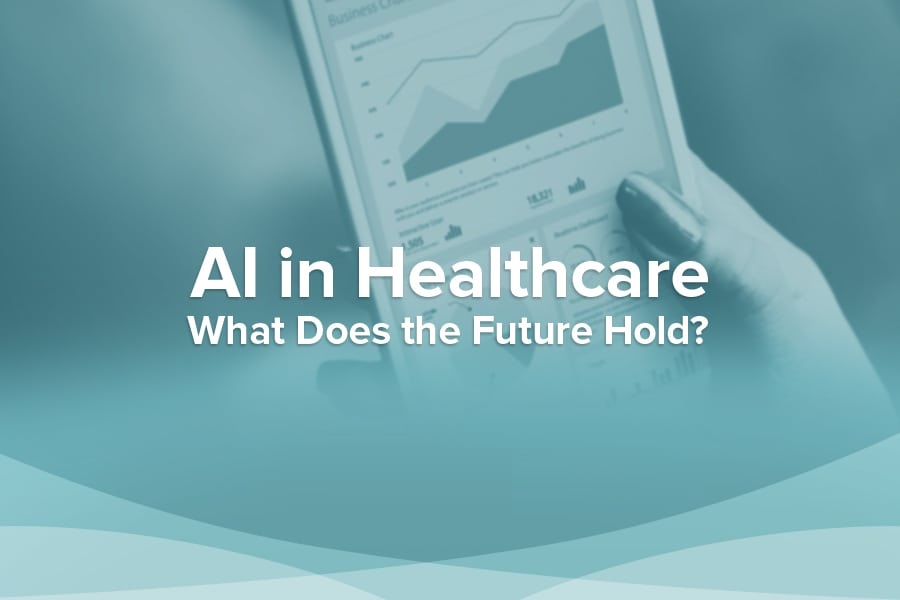 Managing everyday tasks with a personal assistant is making people’s lives easier. But, now the time has changed. The potential of smart apps to assist has expanded beyond the digital assistants. With the up-gradation of technology and introduction of artificial intelligence (AI), Personal health app is being taken place using AI. This is helping to continuously improve the user satisfaction.

AI or Artificial intelligence may be referred to as a machine or a computer which is capable of solving any problem or any task, that can be done by humans, with the help of natural intelligence. There is a synchronization between technology and algorithms in such a way that it provides assistance to the humans, who with ordinary intelligence, to get a simple task done without being given any sort of order.

In today’s high-tech world, a major role of technology has come up with the rise of Artificial Intelligence (AI) in every field as well as the personal lives. Among these industries, AI plays a significant role in healthcare industry. This integration of AI with healthcare industry is contributing to the healthcare app development, further resulting in improving as well as saving many lives all over the world.

Technology of AI merged with medical science turns into a broad innovative field giving room for sustainable health. Regarding development of mobile applications, artificial intelligence provides such a high-level of assistance to their users that the companies are compelled to engage AI deeply in their apps.

In the medical and healthcare industry, there is great dependence on AI due to which the number of innovations in healthcare app development can be seen. These apps help in better diagnosis, efficient surgical procedures, and overall improved health care.

A lot of contribution has been made by AI in the healthcare industry. There has been a great usage of electronic medical records (EMR), mobile technologies such as tablets and smartphones, by which both the physicians as well as patients have experienced benefits.

Medical technology has evolved from introducing doctors to new equipment to use inside private practices and hospitals to connecting patients and doctors thousands of miles away through telecommunications. It is not uncommon in today’s world for patients to hold video conferences with physicians to save time and money normally spent on traveling to another geographic location or send health information instantaneously to any specialist or doctor in the world.

Because of websites and mobile apps, healthcare and medical industry has seen an online phase. With the help of AI, technology has showed its importance in healthcare, medical, medicine as well as lifestyle domains. There are various apps which target mainly the mobile devices like tablets and smartphones, thus lying a strong foundation to healthcare app development. Healthcare apps, whether they target mobile or web, can be easily used as a reference database, technique module, medical calculator, and a clinical checkup tool.

Most of these are health and fitness apps, which enable the tracking of health parameters by users and provide users with interesting insight about their fitness level. This is certainly the best time to develop a mobile health app.

As a healthcare app developer, one would target generally more than one platform including desktop and mobile devices like tablets and smartphones. The way the smartphone users interact with a particular app is different from the other user interacting with the same app which depends on the speed of information to length.

Though AI has paved its own path, hospitals still rely on the traditional hosting, including the standalone software installation to cope up with the high cost of cloud hosting. In these cases, the developer needs to build a compatibility layer of the app.

API or Application programming interface, as the name suggests, is a tool, process, or routine which executes a particular task or interacts with the software or a part of the software. Social networking apps as well as various advertisers depend on APIs to pass on the particular information. When a user login into an app, the whole authentication process is supported by an API request for connecting the user’s device to a remote server.

In the case of the patient engagement solutions, the Best healthcare app development operators have to add API components so as to authenticate the user’s device to access the repository of the patients. Moreover, the developer needs to add other APIs from suppliers as well as vendors.

These days, the app developers avoid to store the app data in the mobile device for security reasons. If the traditional clinical management system app connects to a limited number of simultaneous API requests, the developer can store the app data on the server.

App servers are built for speed, not security and thus, are not difficult to breach into. developers must encrypt data they save on their servers. Moreover, the transfer of data between the device and the secure remote server is open to communication interception by government agencies, and fraudulent organizations and individuals.

Thus, if security is paramount as in the case of healthcare apps, developers must insist on end-2-end encryption or send data over secure communication channels only.

Arxan, a data security company suggests Android apps are less secure than iOS apps are. In fact, in apps where security matter more than anything else, many cybersecurity advocates are against the idea of developing an app for Android, at all.

Android constitute more than 80% of smartphone market today. Smartphone manufacturers are stepping in to fill the security holes left by Android with their own homegrown solutions.

Samsung knox is one such example that allows seclusion of work activities from personal activities. this is a great step ahead considering most organizations these days have bring your own device (BYOD) policy in place.

Blackberry is also trying hard to bring the same level of security its devices were once famous for. Moreover, our developers suggest there are certain lines of code you can add to make your apps safer.

However, not much will change until Google steps in and sort the security issue on its famous mobile OS, once for all.

There is a certain number of features that every daily-life app needs to have:

Applications of this type are commonly monetized with a prepaid subscription for a service. For instance, Head space app has a monthly or yearly subscription, and so do many. You can also monetize your application with a help of advertisement, but it may result in lower user retention.

Why does your mobile app fail and how to fix it”, there may be a few grounds for it:

There are many signs of the unappropriated user experience. Usability Geek has even listed 10 most common of them. It is important to realize here that the shelves of mobile app market are already stocked with “ghost house apps” that nobody uses. At least avoiding things like inappropriate content, complex user flow and unobvious CTAs can make a huge audience part stay with your product.

One of the most crucial points for the healthcare app success is the expertise it provides for you – if there is not enough of “doctor’s input”, people are unlikely to stick to it.

The major issue which most of the healthcare apps face is that they are unable to serve a particular purpose more specifically. With their product, they try to cater to all the needs, serving none in return.

All the medical or health related mobile apps need to abide by the rules and regulations of HIPPA. This is the major factor where many app development companies fail.